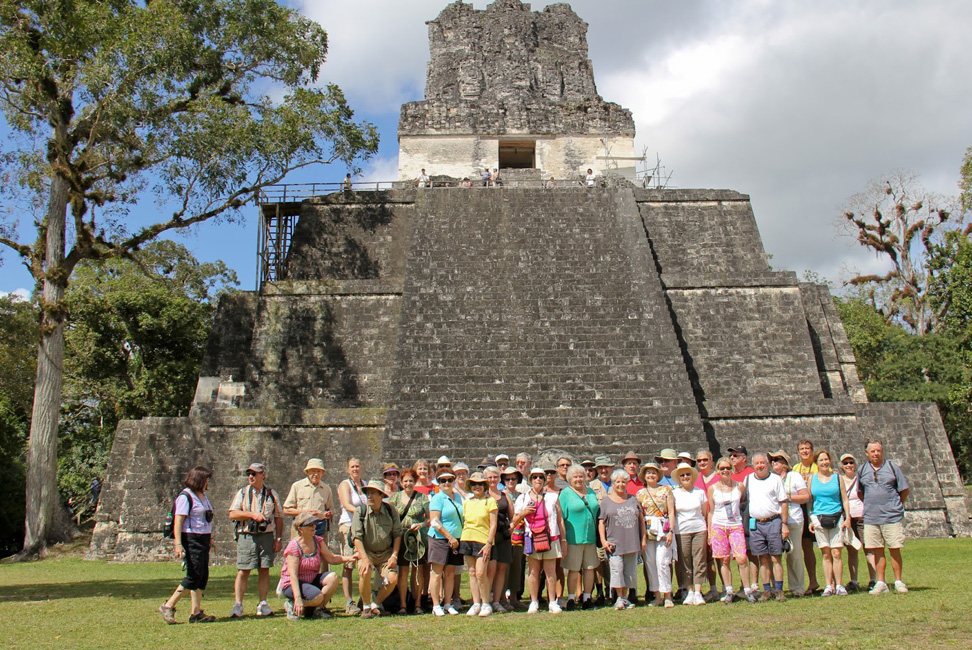 Tikal the Mayan World
Tikal (Motul in Mayan) was born around the year 2000 B.C. its apogee arrived in the classic period, time when it had 100.000 habitants. The archaeologists have discovered that from the year 292 A.C to the 792 A.C ruled in Tikal 29 sovereigns,being the last the three of them that enlarged the city, also the greatest temples were built in that period (centuries VII and VIII).

Tikal is formed by more than 10,000 structures, many of them superimposed in an area of 16 km2., temples, pyramids, palaces, steam baths, ball games, rooms, reserves of water, until original wood thresholds, are still seen, in spite of the than 1000 years of abandon, really what makes Tikal a monumental site declared patrimony of the humanity by UNESCO.

In the real tombs, have been found objects of jade, carved obsidian, bone and stone, and also beautiful plates of polychrome ceramic.

Tikal was discovered in 1898 and the archaeological works began about 60 years later till the present time. Tikal was the greatest political, commercial and religious center of the area making alliances or waging war against its neighbors.

Tikal is not only archaeological, also is full of flora and fauna, that complements its beautiful visit; howling monkeys, toucans, coati's, monkeys spider, parrots, foxes, etc, the visitor can watch them frequently between the hundreds of species of centennial trees, which makes an an unforgettable day for the visitants.